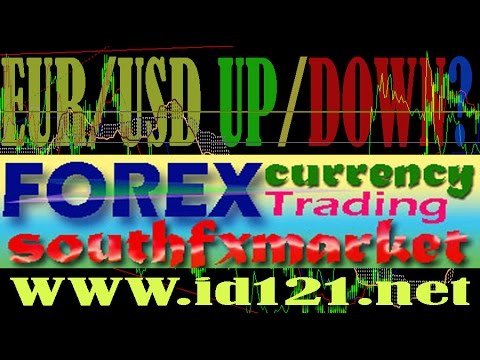 The D in Vegas - my recent trip, a few BTC purchases, thoughts from staff about accepting BTC, 18% fee for using the BTC ATM?? Great food paid for in BTC. w/ Pics!

PICS HERE
THE ATM was easy to spot near the entrance where the cab dropped us. A screen above the ATM proudly displayed the 5 places where Bitcoin could be used.
ATM FEE was ~18% to withdraw $100? The "buy price" they were offering me was $238/BTC when the market price was $291/BTC. To withdraw $100 it asked me for 0.4196 BTC. Not sure if the system was broken, or if this was the actual intended fee? I did NOT do this, although I would have for a ~5% fee which is more like what I was expecting. The ATM was operated by Zenbox. I have contacted their support and will update here if/when I receive a response. I also noted that conversions to USD were only available in increments of $100. I suspect this was due to the machine only stocking $100 bills?
The ATM asked me for my name, address, birth date, and last 4 of my SSN.
The restaurants required no personal information, only a valid BTC payment. In both cases the BitPay app "dinged" for my successful payment within 5 seconds of me sending it on my phone.
Gift Shop payment w/ BTC went very smoothly! The woman was good at using the iPad and the BitPay app, she looked like she'd done it before. I picked up a Beer Mug.
The Andiamo restaurant payment required the manager to swing over w/ the iPad to complete my BTC payment, but he was also quick and good at using it all. The checkout process included a screen for me to choose a tip amount before getting the QR code for the total.
The Andiamo restaurant was AMAZING. While a bit fancy and on the more expensive side, the service was impeccable and the food creative, unique, well made, and, just, wow. I highly recommend dropping some of your Magic Internet Money there =)
BTC Signage was proudly displayed both in the Gift Shop and at the Host desk of the D grill. Also, at the front desk of The D and the front desk of the Golden Gate casino down the road, which I am told is a sister location with the same owner.
Staff responses were varied and interesting. None of the staff could speak for ALL BTC payments, only the payments they personally completed on their working shifts. The Gift Shop staff indicated she completed a BTC payment once a month. The D grill staff said approx every 2 weeks. One woman at the D Grill said she was told accepting Bitcoin was "for the future" and that "little by little" it would be used more. The manager at the Andiamo steakhouse said he'd accepted Bitcoin once a month in the 3 months he'd worked there. The Front Desk at the D said they'd completed a payment monthly, but that it was more commonly used in the restaurants rather than people staying at the D. Also, they told me if a person wanted to pay in BTC for their stay at the Front Desk, they needed to book directly through the D, and keep a Credit Card on file during their stay, even though it would not be charged in the end. And, they could NOT use BTC if a guest booked through a 3rd party (I assume an example would be Orbitz or some travel site).
One staff was misinformed and critical of BTC. She was concerned that "it could all disappear" someday since we "don't know who created it" and that person could apparently come back and do something to take it away. I provided the obligatory 30 second (and after a few drinks on my part) explanation of why this could not happen.... She also told me she had worked for a bank before working at the D, and that she had attended an educational something-or-other while working at the bank that was intended to give bank employees exposure to new developments in the industry they should be aware of.
The Owner (Derek Stevens) is a big fan of BTC, according to the staff, which was fairly obvious in how well they were set-up to use BTC in most ways currently possible/available. I can only assume the owner is taking a hit on the BTC ATM, since I can't believe its gotten enough use to pay for itself, especially if those high fees are a normal thing. I seems like only somebody committed to BTC's ideals would take such a hit financially on an ATM.
THANKS TO THE D (And Derek Stevens) for making such a great experience for Bitcoin users! (Excluding the ATM - wtf?) This was our first time to the Fremont Street (old town, old Vegas, downtown) area, and it was pretty cool! I'd recommend it! The D looked very nice and the bathrooms were the cleanest of any I'd visited in Vegas, including everywhere I'd seen on the strip. Andiamo was awesome. Check it out if you get a chance. (The cab from the strip was approx $25 - we chose not to take the public busses which would have been much cheaper)