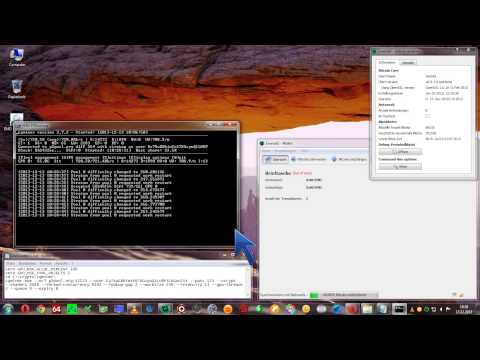 An Insiders Take on CoinTerra & the Bitcoin Mining Sector

Having been involved in Bitcoin since 2011 and on the inside of one of the 28nm Bitcoin mining contestants for the past two months, here is my story.
Feel free to skip the long intro to skip to the present: I added it because people might want to know where I'm coming from.
My elevator pitch is that I discovered Bitcoin in 2011 while traveling in Argentina, and after doing research I started recommending it as an investment to the subscribers of my financial newsletter in early 2012. BTC was $5 back then, so we did well with that.
Here are some links of the things that I've done in Bitcoin:


"Bitcoin seen through the eyes of a central banker"
Interview Keiser Report about Bitcoin, ECB & Argentina
"Why you should invest in Bitcoin"
"Cryptocurrency is the future of money, banking, and finance"

What is your intended use for this build? The more details the better.
I’d like to build a gaming/mining rig. I would like to run 6 graphics cards at one point, might not buy them all outright. So the goal. A gaming computer running the 1070 separately so I can still game and do stuff while the other 5 cards are mining. When im not using the computer, I have the option to put the 1070 to work as well. Is it a stupid idea to combine the two purposes into one super computer? Also, I’m having trouble finding a compatible motherboard and would love suggestions. Finally, I have tried reading on the riser connection info and I’m still not sure. Hopefully those are the correct risers?
If gaming, what kind of performance are you looking for? (Screen resolution, framerate, game settings)
Nothing too crazy. I have done the research on that side of things and the things selected should make me happy.
What is your budget (ballpark is okay)?
$2000-3000 (depending on how many gpu’s I buy at onece)
In what country are you purchasing your parts?
U.S.A (amazon, here is the link my current list. https://www.amazon.com/gp/registry/wishlist/2NAC9YOHISTRI/ref=nav_wishlist_lists_4)
Post a draft of your potential build here (specific parts please). Consider formatting your parts list. Don't ask to be spoonfed a build (read the rules!).
CPU:
AMD Ryzen 5 1600 Processor with Wraith Spire Cooler
Motherboard:
Im not sure!
Memory:
Corsair - Vengeance LPX 16GB (2 x 8GB) DDR4-3000
Storage:
Samsung 850 EVO 250GB 2.5-Inch SATA III Internal SSD (MZ-75E250B/AM)
WD Blue 1TB SATA 6 Gb/s 7200 RPM 64MB Cache 3.5 Inch Desktop Hard Drive (WD10EZEX)
Case:
Aluminum Stackable Mining Case Rig Open Air Frame For ETH/ETC/ ZCash (Black)
Power Supply:
(2) EVGA SuperNOVA 750 G2, 80+ GOLD 750W, Fully Modular, EVGA ECO Mode
Graphics Cards:
(5) XFX Rs XXX Edition Rx 570 4GB OC+ 1284Mhz DDR5 3xDP HDMI DVI Graphic Cards RX-570P4DFD6
(1) EVGA GeForce GTX 1070 SC GAMING ACX 3.0 Black Edition, 8GB GDDR5, LED, DX12 OSD Support (PXOC) 08G-P4-5173-KR
GPU Risers:
6-Pack VICTONY PCI-E 16x to 1x GPU Riser Adapter 60cm USB 3.0 Riser Flexible Extension Cable & MOLEX to SATA Power Cable,Powered Riser Adapter Card with LED Indicator
Would it also be possible to run a "Antminer S7 ~4.73TH/s @ .25W/GH 28nm ASIC Bitcoin Miner" on this set up if I increased the power suply?
I think it looks decent? But I’m happy to hear advice/suggestions. Thanks so much!